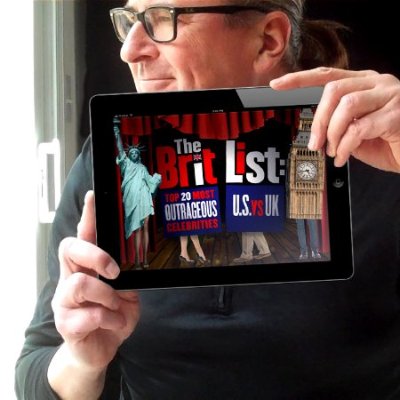 Bob’s distinguished motion design career boasts work for an impressive list of clients. Most recently he completed multiple projects for BBC America. During his time at one the country’s most prestigious broadcast design firms, The DI Group in Boston, he was involved in a variety of projects for the Discovery Channel, The Learning Channel, TBS, ESPN, Golf Channel and the launch of HGTV, Animal Planet, Discovery International, The Food Network and Request Pay Per View Television Network.

​His work for major television networks continued at Smash, a strategic/creative firm that specializes in distinctive branding, design and advertising for media clients. Hoffmann has been involved in a wide range of projects for Showtime, The Movie Channel, The History Channel, The Biography Channel, NBC Sports, Discovery Digital Networks and Oxygen. Early in his career, Bob was nominated by the Academy of Television Arts & Sciences for Primetime and Daytime National Emmy Awards. In 2011, Bob was the Animation Director for Gold Remi, Gold Hermes, and Silver Telly Award-winning productions. He’s an asset to the Boston Digital team, and his work never ceases to impress.